Speaking at the signature ceremony in Istanbul, Minister Caglayan said that the agreement would boost relations between Turkey and Mauritius. 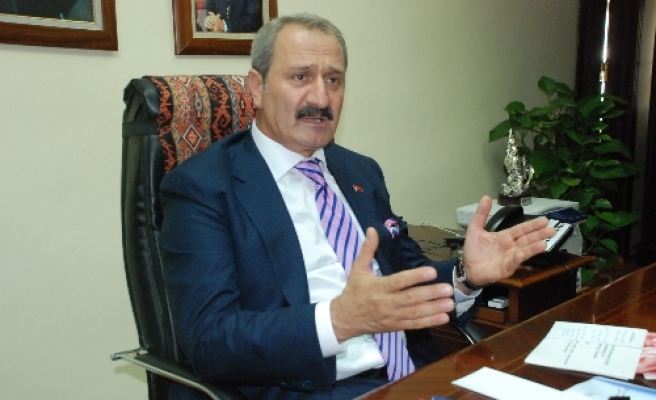 Turkey and Mauritius signed a free trade agreement on Friday in a ceremony that was attended by Turkish Economy Minister Zafer Caglayan.

Speaking at the signature ceremony in Istanbul, Minister Caglayan said that the agreement would boost relations between Turkey and Mauritius.

"We want to conduct more trade and cooperation with Mauritius," Caglayan said.

World Bank reports indicate that Mauritius is an African country with the best business atmosphere in the continent. It has got one of the highest densities of population in the world with 658 people per square kilometers. Mauritius is an island state and a good market for Turkish companies, Caglayan said.

"The agreement we have signed today will boost political, economic and cultural relations," Boolell said.

Turkey can use Mauritius as a stepping stone for investments in Africa, Boolell said.

Entrepreneurs from Mauritius aim to procure technology and equipment from Turkey and they want to establish joint ventures with Turkish companies. Our goal is to facilitate cooperation among the businesspeople of our two countries, Boolell also said.

Mauritius is an island nation off the southeast coast of the African continent in the southwest Indian Ocean, about 900 kilometers (560 miles) east of Madagascar. It is a parliamentary republic and is a member of the Southern African Development Community, the Common Market for Eastern and Southern Africa, the African Union, La Francophonie and the Commonwealth of Nations.