Turkey to appoint activist as ambassador to Mogadishu

The Turkish government, which is preparing to reopen its embassy in Somalia, will appoint a leading member of civil society as ambassador to Somalia, officials said on Thursday. 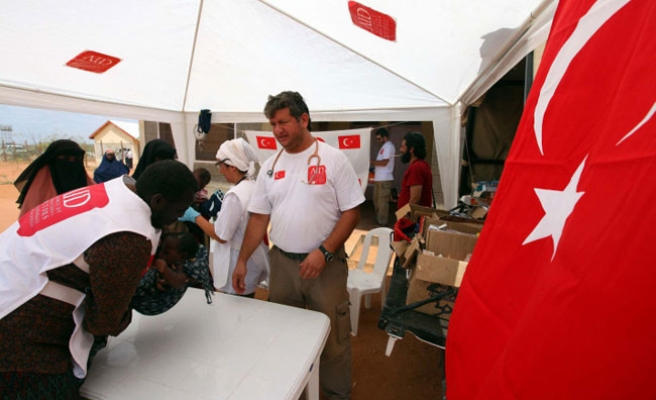 The Turkish government, which is preparing to reopen its embassy in Somalia, will appoint a leading member of civil society as ambassador to Somalia, officials said on Thursday.

Kani Torun, a medical doctor who is currently the general director of Manchester-based Doctors Worldwide (DWW), will be appointed as Turkey's ambassador in Mogadishu, diplomatic sources told Cihan news agency on Thursday.

The appointment will be finalized when the relevant decree is published in the Official Gazette. With the same decree, the government will also appoint a senior bureaucrat as Turkey's new ambassador to Indonesia. Zekeriya Akçam, a former deputy of the ruling Justice and Development Party (AK Party) for the Aegean province of İzmir, who is currently serving as the chief advisor in Prime Minister Recep Tayyip Erdoğan's office, will be appointed Turkey's new ambassador in Jakarta.

In December 2010 Davutoğlu appointed Musa Kulaklıkaya, who had been serving as the head of the Turkish Cooperation and Development Agency (TİKA) since December 2007, as the country's ambassador to Mauritania. In a July 2009 reshuffle, only months after Davutoğlu was appointed foreign minister, two non-diplomats, one of them an academic and the other a bureaucrat, were assigned to ambassadorial posts. Kenan Gürsoy, a professor of philosophy and former dean of the school of letters and sciences at Galatasaray University, was posted to the Vatican, while Tuncer Kayalar, the former undersecretary of foreign trade, was assigned to Nairobi, serving as Turkey's new ambassador to Kenya.