The Egyptian Embassy in Ankara extended the invitation to the event which was organized by Egypt and Norway to the Turkish Foreign Ministry. 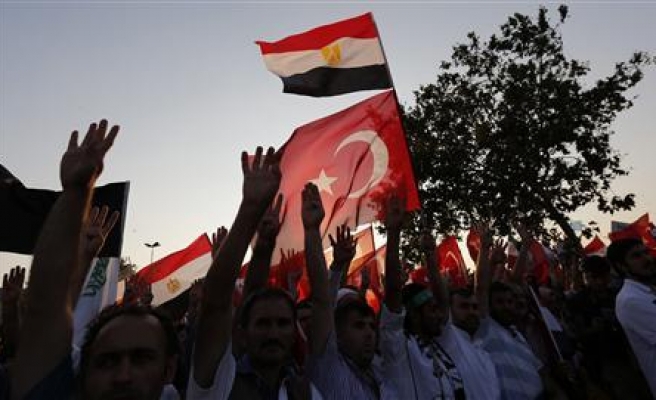 Turkey has been invited to a conference for foreign ministers regarding the reconstruction of the Gaza Strip by Egypt, signalling a possible normalization of relations between the two countries after over a year of strained ties.

According to Turkish daily Hurriyet, the Egyptian Embassy in Ankara extended the invitation to the event which was organized by Egypt and Norway to the Turkish Foreign Ministry.

A Foreign Ministry official told the newspaper that Turkey had accepted the invitation but had not yet made a decision on the degree of participation in the conference in Cairo on October 12.

Therefore, it is not yet clear whether Turkish Foreign Minister Mevlut Cavusoglu will be attending or if the Foreign Ministry will send a representative instead.

Since then, there has been no high-level visits between the two countries and cooperation has been significantly minimalized.

The crisis between Turkey and Egypt has also reflected on Turkey's relationship with other Arab states in the Gulf, particularly with Saudi Arabia, United Arab Emirates and Kuwait, who have backed Egypt's post-coup regime.