Turkey pledged to continue to support Pakistan that has been battling floods over the past couple of weeks. 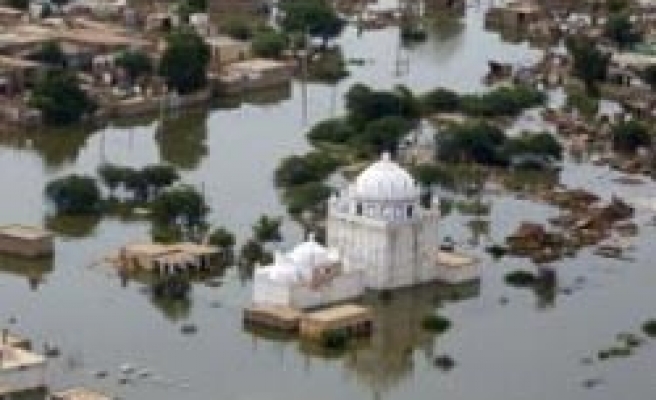 Turkey pledged to continue to support Pakistan that has been battling floods over the past couple of weeks.

In a statement, Turkish Foreign Ministry said Tuesday that floods caused a tragedy in Pakistan which it described as a "sister and friend" country, and added that Turkey would continue to support Pakistan in bilateral level and in all international organizations.

Floods, triggered by monsoon rains, have killed more than 1,600 people in the last couple of weeks and left 20 million Pakistanis homeless.

United Nations General Assembly will convene for a special session on August 19 to display solidarity with Pakistan and encourage aid for flood victims.

A Turkish delegation, led by State Minister and chief negotiator for EU talks Egemen Bagis, will attend the special gathering in New York, the statement said.

Permanent members of the Organization of the Islamic Conference will also get together at an emergency meeting on August 18. Turkey will push for more active support to Pakistan at this meeting, it said.