Energy and Natural Resources Minister Taner Yıldız met with reporters on Wednesday in the Egyptian capital to provide the latest updates in relation to the North African country. 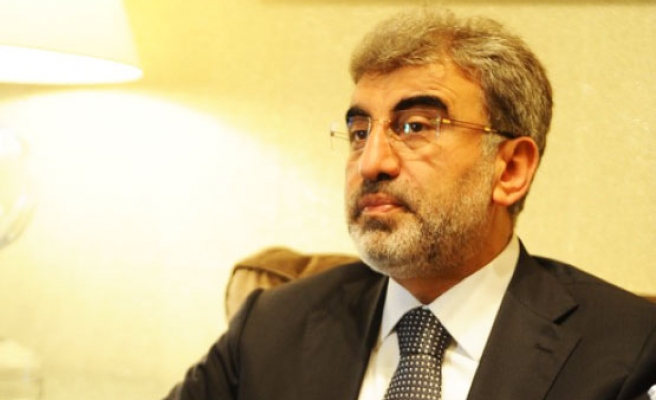 Energy and Natural Resources Minister Taner Yıldız, who was in Cairo accompanying Erdoğan, met with reporters on Wednesday in the Egyptian capital to provide the latest updates in relation to the North African country.

The minister said Turkey and Egypt had signed two deals on energy during the visit, one of them on electricity transmission and the other on joint oil exploration. "We have agreed to develop and run an electricity transmission line between eight countries in the region ... this will help establish a healthy electricity power line on the southern side of the Mediterranean," he said, adding that the preparation of the project would be finalized in seven to eight years. Turkey will be responsible for outlining the entire details of the project.

The sea has been at the center of tension in the past few months: The discovery of massive gas fields by Israel and plans by Greek Cyprus to drill as early as next month have received harsh criticism from the Turkish government. Ankara has challenged the island's right to launch offshore gas drilling as it says any hydrocarbon reserves do not just belong to Greek Cypriots but also to Turkish Cypriots, who run their own state in the north of the island.

Recalling that Egypt's annual natural gas production is double the size of Turkey's annual consumption, the minister said officials from both countries are currently discussing a possible deal to benefit from such a potential.