Turkey's ambassador in Jakarta Aydin Evirgen will be assigned to such duty as ASEAN's Secretariat General is located in Indonesia. 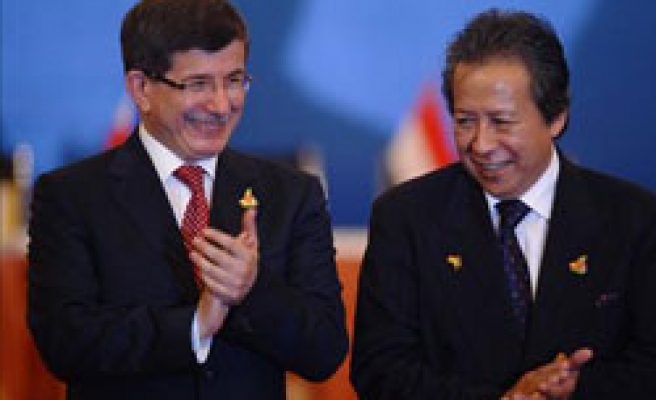 Turkish Foreign Minister Ahmet Davutoglu, who has been holding talks in the Vietnamese capital of Hanoi for two days, has made a remarkable move in Turkey's opening out to Southeast Asia which is a process initiated in 1990s.

As part of Turkey's move towards the region, the former Turkish Foreign Minister Ali Babacan had sent a letter to ASEAN in 2008, officially requesting the launching of institutional cooperation with the association.

Turkey's request was accepted upon written approval of ASEAN's member countries, and consequently, Foreign Minister Davutoglu signed the cooperation agreement with the association on Friday.

Apart from Turkey, a total of 17 countries and international organizations had earlier signed "Friendship and Cooperation Agreements" with ASEAN.

Upon signing the agreement, Turkey will now appoint an accredited ambassador. Turkey's ambassador in Jakarta Aydin Evirgen will be assigned to such duty as ASEAN's Secretariat General is located in Indonesia.

The Association of Southeast Asian Nations, or ASEAN, was established on August 8, 1967 in Bangkok, Thailand, with the signing of the ASEAN Declaration (Bangkok Declaration) by the Founding Fathers of ASEAN, namely Indonesia, Malaysia, Philippines, Singapore and Thailand.

The association's goal is to accelerate the economic growth, social progress and cultural development in the region through joint endeavours in the spirit of equality and partnership in order to strengthen the foundation for a prosperous and peaceful community of Southeast Asian Nations.