Turkey will open four new camps to accommodate refugees fleeing violence in Syria by next week, its disaster management agency said on Tuesday. 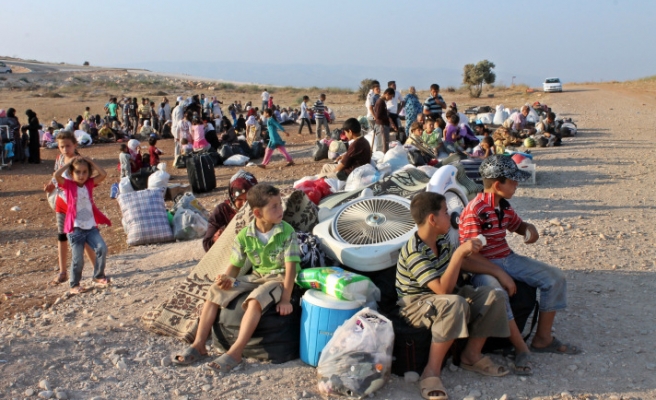 Turkey will open four new camps to accommodate refugees fleeing violence in Syria by next week, bringing its total capacity to 120,000 people, and is making plans for a continued influx, its disaster management agency said on Tuesday.

"By next week camps with additional capacity of 40,000 will be opened. So we will have capacity to accommodate 120,000 people and are making plans for higher numbers," said Mustafa Aydogdu, spokesman for the Disaster and Emergency Management Directorate (AFAD).

The camps will host Syrians who are staying especially in dormitories, sport halls and borders as they fled the violence in their country.

375 Syrians have been brought in Karkamis camp in the southeastern Gaziantep province on Tuesday, while camps in southern Kahramanmaras and Osmaniye provinces will be opened this week, and the camp in southeastern Adiyaman province will begin to serve in the first week of September.

As of today, there are 79,056 Syrians in Turkey. They are being hosted in eight tents sites in Hatay, Sanliurfa and Gaziantep provinces and a container city of 12,000 people capacity in Kilis.

Karkamis camp will have 2,059 tents, a field hospital with 50 beds and four doctors, six mosques, two playschools, six playgrounds, three lounges, a laundry and a coiffeur, when it is completely set up.

The tent site, which will have 15,000 people capacity, will be opened in Kahramanmaras within a few days. The site will have 2,000 tent capacity, and a mobile hospital complex.

The tent site, which will be built in Cevdediye town of Osmaniye, will host 10,000 Syrian citizens. It will have 2,000 tent capacity and a mobile hospital complex when it is opened on September 1.

The camp in Adiyaman will have 10,000 people capacity, and it will be opened in the first week of September.