Turkey will reconstruct Afghan capital Kabul's first hospital which was built with the directives of Mustafa Kemal Ataturk in 1926. 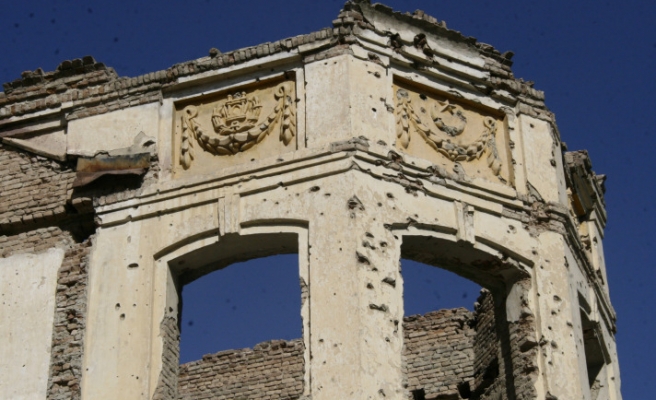 Turkey will reconstruct Afghan capital Kabul's first hospital which was built with the directives of Mustafa Kemal Ataturk in 1926.

Turkish Deputy Prime Minister Bekir Bozdag visited Aliabad Sanatorium, which is Kabul's first hospital and was built with directives of Ataturk-founder of Republic of Turkey-- but largely collapsed due to clashes in the country.

Bozdag was briefed about the hospital by Afghan Health Minister Suraya Dalil, and said that Turkey would reconstruct the hospital which gave great services to Afghan people.

Meanwhile, Afghan Higher Education Minister Mohammad Sarwar Danesh said that Aliabad Sanatorium was built by Turks, served as a hospital and then used as medical faculty building, adding that Afghanistan's doctors had been trained there.

Under the orders of Ataturk, Aliabad Sanatorium was started to be built in 1926, and completed in 1932. The building, which also served as medical faculty, collapsed during the inner clashes.