Turkey to send 50 students for nuclear training in Russia

The students will later be recruited at the Mersin plant and sign a contract with the government to serve there for 13 years. 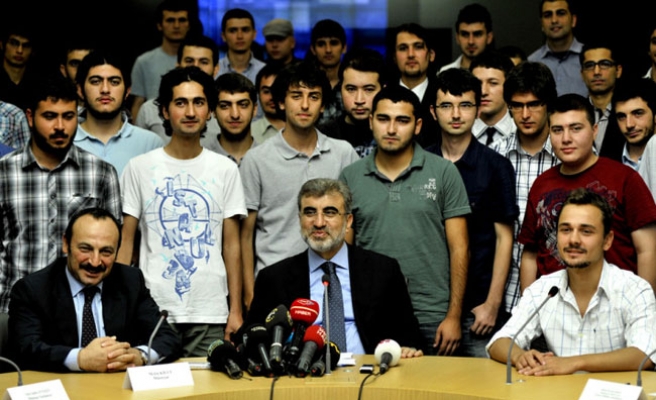 Expecting to build Turkey's first nuclear plant in Mersin, the government is set to send a group of 50 students to receive nuclear engineering training at the Moscow State Engineering Physics Institute (MEPhI), Energy Minister Taner Yıldız said on Tuesday. The minister met with the students in Ankara on Tuesday.

The government earlier said it would send 300 students from university engineering departments to receive training at MEPhI. The first team will start training in Russia shortly on a five-and-a-half year scholarship program.

Turkey has reached a deal with the Russian state-owned atomic power company ROSATOM for the construction of a plant in Akkuyu and recent statements note that the government will ask Russia to increase safety precautions at the plant. The plant's construction is expected to begin in less than two years' time and will take six to seven years to complete. The minister said all of the students are expected to complete their training in the meantime.

The students will later be recruited at the Mersin plant and sign a contract with the government to serve there for 13 years.

Yıldız earlier said that the employees will be provided with public housing and "high" salaries. Despite criticism from green activists, Turkey remains intent on constructing a nuclear power plant in Mersin's Akkuyu district and another one in the Black Sea province of Sinop.

Meanwhile, the minister said the government did not consider an increase in natural gas prices.