Turkey to send envoy back to Vatican

Turkey recalled its ambassador in April last year, days away from the 100th anniversary of what the pope described as 'the first genocide of the 20th century' 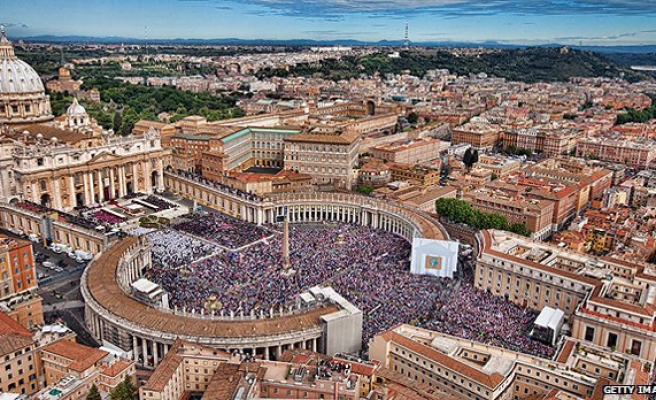 Turkey says it will send its ambassador back to the Vatican, after recalling him last year in a row over Pope Francis' use of the word "genocide" to describe the massacres of Armenians by Ottoman forces during World War I.

The foreign ministry said Wednesday its decision came after the Vatican published a statement welcoming Ankara's willingness -- first expressed in 2005 -- to create a commission of Turkish and Armenian historians to study the 1915 killings.

"In this context... the decision has been taken to send our ambassador Mehmet Pacaci back to the Vatican," ministry spokesman Tanju Bilgic said in a statement.

Turkey recalled its ambassador in April last year, days away from the 100th anniversary of what the pope described as "the first genocide of the 20th century".

A furious Ankara accused the pope of a "selective overview" of World War I and "ignoring the atrocities suffered by the Turkish and Muslim peoples who lost their lives" in favour of concentrating on Christians and above all Armenians.

Armenians claim up to 1.5 million of their kin were killed between 1915 and 1917 as the Ottoman Empire was falling apart, and have long sought to win international recognition of the massacres as genocide.

But Turkey rejects the claims, arguing that 300,000 to 500,000 Armenians and as many Turks died in civil strife when Armenians rose up against their Ottoman rulers and sided with invading Russian troops.