Turkey will supply firefighting equipments to Russia in a bid to help deal with wildfires, a Turkish minister said. 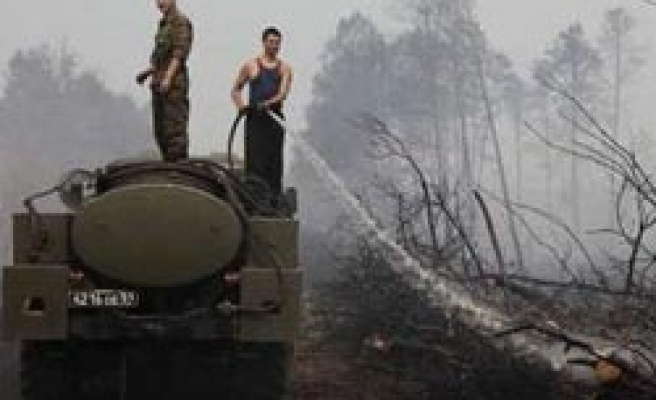 Turkey will supply firefighting equipments to Russia in a bid to help deal with wildfires, a Turkish minister said on Friday.

Environment and Forestry Minister Veysel Eroglu said that Turkey would soon send equipments such as hose, masks and backpacks.

"Russia asked for equipments two days ago. We will soon send a cargo plane full of equipments which are being collected now," he said.

Thousands of Russian workers and military personnel have been battling blazes in different parts of the country for three weeks. Fires killed at least 50 people and left thousands homeless. However, blazes spread to spots near Russia's nuclear facilities recently which raised concerns over a possible radioactive danger, even in Turkey.

Eroglu said wildfires were massive, however, did not pose any threat to Turkey.