﻿Turkey and Qatar will sign a 1.2 billion cubicmeters gas agreement today in Doha. 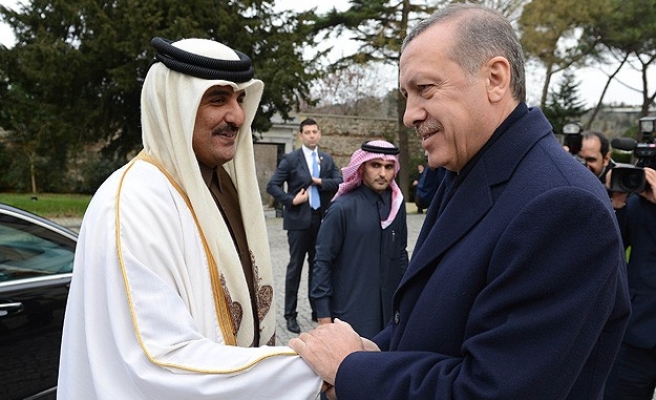 Turkish President Recep Tayyip Erdogan and Energy Minister Taner Yildiz are expected to sign an agreement for Qatar to supply Turkey with 1.2 billion cubicmeters (bcm) of natural gas during their visit Monday to the Gulf state.

Turkey consumes around 45 billion cubicmeters of gas every year. It buys 4 bcm from Algeria and 1.2 bmc from Nigeria every year.

Qatar with an approximate reserve of 885 trillion cubicmeters according to US Energy Information Agency, is the world's largest liquified natural gas (LNG).

President Erdogan is on his third official visit of his term to Qatar - a close ally regarding the developments in the Middle East.

Erdogan was also accompanied in his visit by the National Intelligence Organization Undersecretary, Hakan Fidan.

Relations between Turkey and Qatar has developed further in the last couple of years, as the two countries found themselves on the same side regarding the Syrian crisis and the Egyptian coup. Turkey was one of the vociferous critics of the Egyptian coup ousting democratically elected President Mohamed Morsi, while Qatar was the sole Gulf state raising its voice against the coup.