Turkey, Turkish Cyprus signed a protocol on "Cooperation and Assistance in the Field of Forestry" in Ankara on Monday. 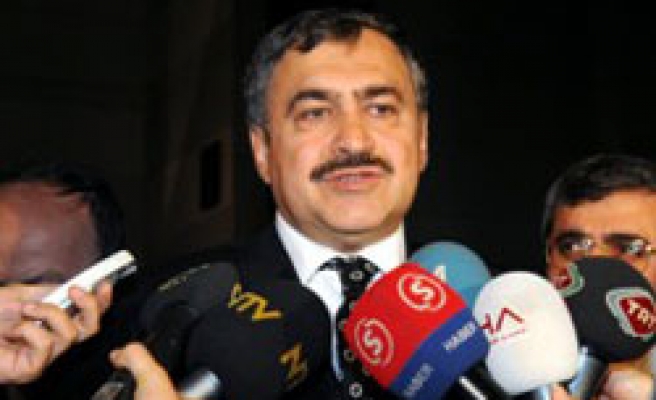 Turkish Environment and Forestry Minister Veysel Eroglu and Agriculture and Natural Resources Minister Zorlu Tore of the Turkish Republic of Northern Cyprus (TRNC) signed a protocol on "Cooperation and Assistance in the Field of Forestry" in Ankara on Monday.

Speaking at the signature ceremony for the protocol, Minister Eroglu said that the protocol included everything pertaining to forestry, including the creation of new forests against fires, growth of young plants, and rehabilitation of decayed forestry lands.

Touching on the project that will help carry potable water from Turkey to the TRNC, Minister Eroglu said that the relevant project would be completed in four years.

We plan to complete the construction of a dam on the Dragon Stream and transfer water to the TRNC within four years. The water will be carried from Turkey to the TRNC in a
pipeline which will be 81 kilometers long, Eroglu also said.

Also speaking at the signature ceremony, Minister Tore said that he was pleased to be in Turkey.

Our cooperation with the Motherland will continue. We are both followers of a national cause. We are the defenders of the national cause in Cyprus, Tore underlined.

Turkey and the TRNC cooperate in many fields, including forestry. The protocol to be signed on Monday will promote our cooperation with Turkey in the field of forestry, Tore said.

Potable water from the Dragon Stream in Turkey will be carried to the TRNC in a pipeline in 2014. There are also projects involving the establishment of an electric line between Turkey and the TRNC. Such projects indicate the value Turkey attaches to the TRNC. The project to carry water from Turkey to the TRNC after the happy peace operation (of 1974) is a crucial economic development and carries high spiritual value, Tore also said.