Davutoğlu said the issue will be discussed at a UN Security Council meeting on Thursday. 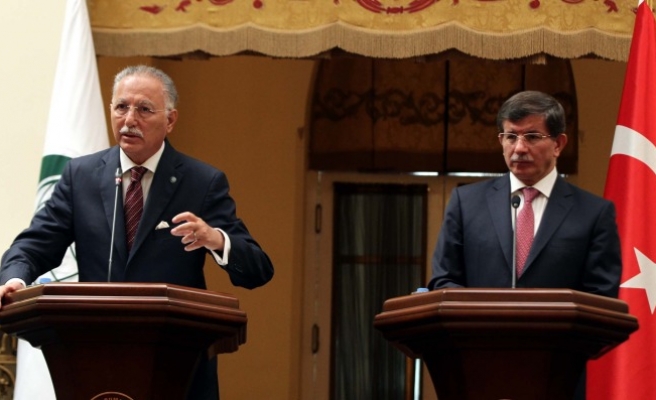 Amidst a growing wave of refugees arriving in Turkey fleeing the violence in Syria, Turkish Foreign Minister Ahmet Davutoğlu has urged the international community to share the country's burden.

Speaking at a press conference after a meeting of the Independent Permanent Human Rights Commission of the Organization of Islamic Cooperation (OIC) in Ankara on Monday, Davutoğlu said everyone should know that Syrian refugees are being “hosted” in Turkey on humanitarian grounds. Noting that the number of Syrian refugees in Turkey is nearing 80,000, the minister said Turkey wants to fulfill its duties of showing its friendship and brotherhood to the Syrians.

“On the other hand, the spike in the number of Syrian refuges places a huge burden on us. And this burden should be shared with the international community. The measures that could be taken in the face of possible influx of refugees -- and I hope this does not happen -- should be reviewed,” he said.

Davutoğlu said the issue will be discussed at a UN Security Council meeting on Thursday.

Reports said on Sunday that Turkey began temporarily holding thousands of Syrians on the Syrian side of the border.

At least 2,000 people fleeing violence in Syria were prevented from entering Turkey overnight on Saturday at one of several unofficial border crossings in the southern province of Hatay, a Turkish official and witnesses told Reuters.

"We have run out of space to house these people. We are working to make shelters and when these are completed we will allow these people across," the official told Reuters on condition of anonymity.