The Turkish president expressed Turkey's wish to see all Balkan states in NATO. 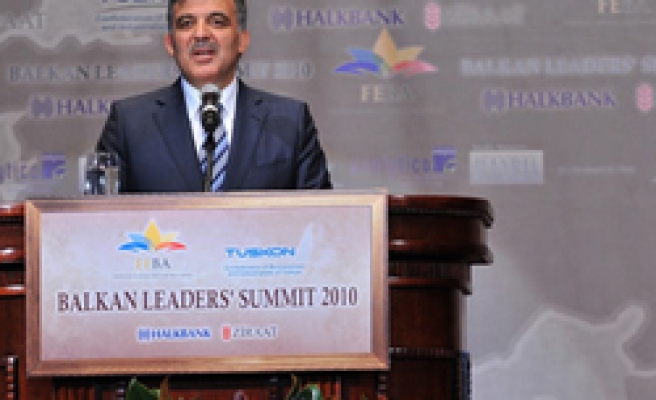 The Turkish president expressed on Wednesday Turkey's wish to see all Balkan states in NATO.

"NATO has many other functions than security and defense, and therefore, we wish all Balkan states to take place in NATO," Gul said during a Balkan Leaders Summit in New York, the United States.

Gul said Turkey was one of the oldest members of NATO, and it supported every Balkan state that wanted to become a NATO member.

"We are sure that non-NATO member Balkan states will complete their accession process soon, and take their place in NATO," Gul said.

"The Balkans is in the middle of Europe, not on its edge and therefore, it is out of question to exclude the Balkans when we look at EU's map," he said.

Gul said Balkan states should be in solidarity and cooperation among themselves, and solve their problems in dialogue and through diplomacy.

President Gul also said nobody should doubt about the bright future of the Balkans, and diplomatic efforts, bilateral and trilateral meetings would all have a fruitful outcome.

Also speaking in the meeting, New York's Governor David Paterson said they would open a trade and investment office in Istanbul on October 4 to open to the Balkans.

The Federation of Balkan American Associations (FEBA) and the Confederation of Businessmen and Industrialists of Turkey (TUSKON) organized the meeting in New York.

Founded by a group of Balkan Americans, FEBA's goal and mission are to promote Balkan culture and languages in an effort to strengthen the cultural and educational ties between the people of the United States and the Balkans.