﻿Turkish ambassador to UK says whether Scots choose 'Yes' for independence or 'No' to stay in UK, 'we want to improve relations in all areas.' 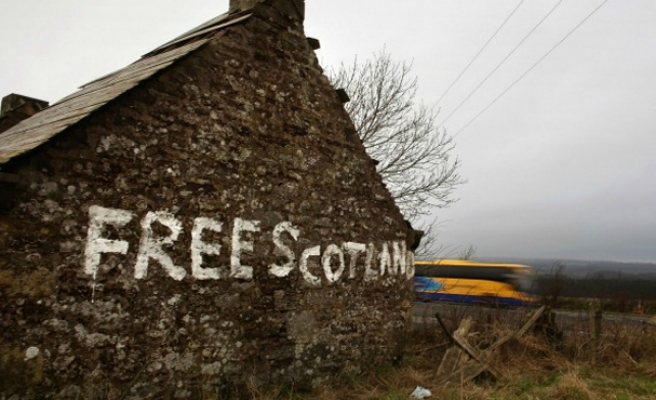 With less than a week to go before Scotland goes to the polls, Turkey's ambassador to the United Kingdom says irrespective of whether it chooses independence or not, Ankara is looking to improve relations.

Abdurrahman Bilgic told the Anadolu Agency in London late Thursday that whatever Scotland chooses, Turkey will "respect this decision."

"Either the result comes out as 'Yes' for independence or 'No', it's for sure that we would like to improve our relations with Scotland in all areas," he added.

Ambassador Bilgic, a political science major from Ankara University, who has previously served his country in Tripoli and Canberra before becoming ambassador to Japan, said that Turkey had appointed a consular in Edinburgh earlier this year, and Turkish Airlines has started to expand its number of flights "up there."

"As well as in economy, trade and other areas, we need to strengthen our bond, these relationships," he said.

Bilgic said that a parliamentary friendship group was formed between the Turkish and Scottish parliaments on a visit to the country last month, during which he also met directors of both pro-independence "Yes Scotland" and union supporter "Better Together" campaigns.

According to the ambassador, there are around 2,500 Turkish citizens living in Scotland, around 30 percent of which hold dual citizenship with Britain.

Scotland goes to the polls September 18, threatening a union that has lasted for 305 years.

If the "Yes" vote is successful, Scotland is not expected to leave the U.K. until 2016, the Scottish government proposing March 26, 2016 as its Independence Day.