Turkey's Arinc over Syria: 'Whoever commits atrocity can't be our friend'

Arinc said on Wednesday that an attack by Syrian forces on their own citizens in the city of Hama was an "atrocity". 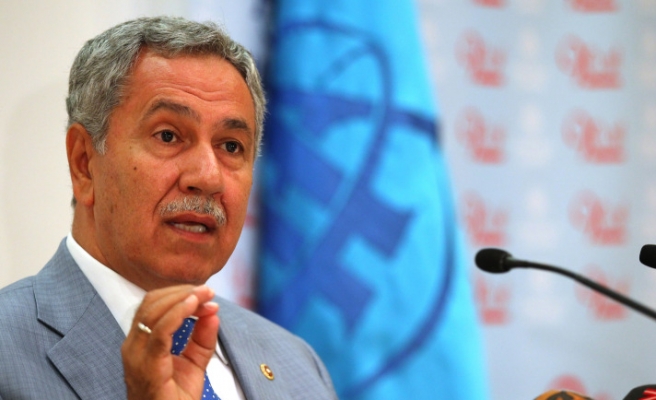 Turkey's Deputy Prime Minister Bulent Arinc said on Wednesday that an attack by Syrian forces on their own citizens in the city of Hama was an "atrocity" and a government that sanctioned such brutality could not be called a friend.

Bulent's criticism of President Bashar al Assad's response to the pro-democracy demonstrations that erupted in March was the strongest yet by a Turkish leader, reflecting growing frustration with the government in Damascus.

"I'm saying this on my behalf, what's going on in Hama today is an atrocity ... Whoever carries this out can't be our friend. They are making a big mistake," Arinc said.

Prime Minister Tayyip Erdogan has repeatedly urged Assad to call off his security forces and hurry through reforms, but Arinc said the advice seemed to fall on deaf ears.

"We insisted on democratic and peaceful solutions and starting reforms. We told them they would collapse otherwise ... Recent events show no lessons were learned from these suggestions," he told reporters.

President Abdullah Gul said on Tuesday he was horrified by the armoured assault on the central city of Hama that coincided with the beginning of the fasting month of Ramadan.

Erdogan, who had a close rapport with Assad, has said Turkey regards events in Syria as almost a domestic issue for Turkey given the two neighbours' long border and strong ties.

Assad sent an envoy to see Erdogan in June after the Turkish prime minister had slammed acts of "savagery" that had forced thousands of Syrians to flee to Turkey.

After that, criticism of Damascus became more muted until the killings in Hama.