Erdogan joined a ceremony to mark the 600,000th tractor that rolled out of the production line at Ankara plants of Turk Traktor, a Turkish manufacturer of agricultural machinery. 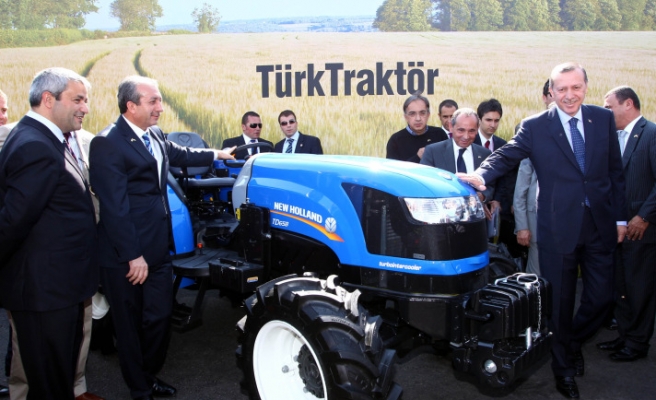 Turkish prime minister has defied accusations that he leveraged popular uprisings in Arab nations to gain political influence in the Middle East.

"We are criticized of making populism in Arab countries. We have never deigned to do populism and we won't. Neither the Turkish premier nor this country needs any populism. What is happening is that Turkey is taking necessary steps to follow the rapidly-moving course of events. Our country expands its circle of friends that matches up its economic growth and development," Recep Tayyip Erdogan told Monday a ceremony to mark the 600,000th tractor that rolled out of the production line at Ankara plants of Turk Traktor, a Turkish manufacturer of agricultural machinery.

Erdogan said Turkey closely monitored political change in countries such as Egypt, Tunisia and Libya -- the three stops of his North African tour that widely resonated in the region and in the world.

"The stability of our region hinges on how freely the peoples of these countries live, and how deeply democracy, rule of law and justice is rooted. Turkey has now evolved into a country that can say 'no' to injustice and oppression and make contributions to peace globally," he said.

Erdogan said Turkey had no option to "look inward and seal its doors on the world," adding his government had established in the past nine years strong relations with regions and countries that Turkey had previously ignored.

"When we first came to power Turkey had only 12 embassies in Africa. Now we have 33 which means that you have direct contact with 33 African countries," he said.