Turkey's Foreign Minister Ahmet Davutoglu and the United States Secretary of State John Kerry held a meeting on the sidelines of the NATO Foreign Ministers Meeting in Brussels. 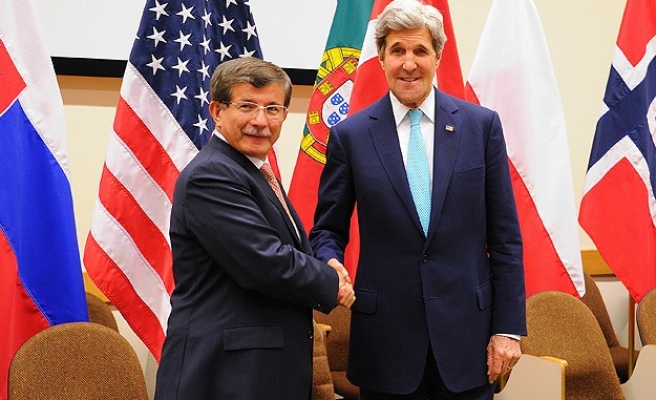 Turkey's Foreign Minister Ahmet Davutoglu and the United States Secretary of State John Kerry held a meeting to discuss regional issues on the sidelines of the NATO Foreign Ministers Meeting in Brussels on Wednesday.

Addresing the media before the meeting, Kerry said Turkey and the United States have to deal with lots of issues, referring to the latest developments in Syria and in Iraq. "Turkey is a very important partner," he added.

Kerry also mentioned that he will head to the island of Cyprus soon, where Turkish and Greek Cypriots are taking part in ongoing negotiations to solve disputes over the divided island since 1974.

Meanwhile, Turkey's Foreign Minister Ahmet Davutoglu pointed out that Turkey's neighbors are going through a tough time, and said "it is time to act together."

Tensions remain high in the Kirkuk district as clashes are ongoing between Iraqi forces and rebels of the Islamic State of Iraq and the Levant (ISIL).

Turkey's Foreign Minister Ahmet Davutoglu is expected to hold bilateral meetings with several of his counterparts during the course of the day.