The Turkish foreign minister also attended a meeting with his Syrian, Lebanese and Jordanian counterparts. 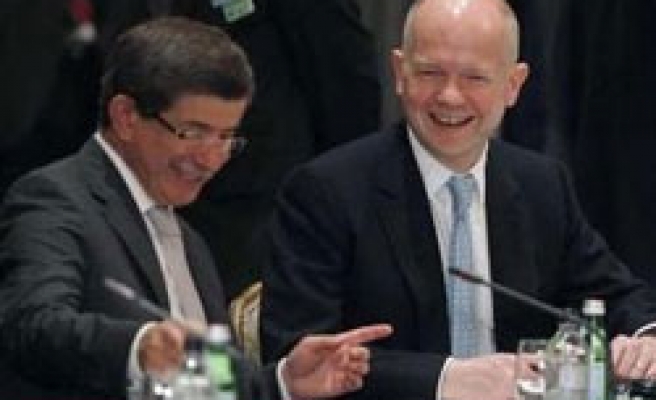 Turkish Foreign Minister Ahmet Davutoglu held a series of bilateral talks as part of his visit to the United States to attend the 65th session of UN General Assembly.

Speaking at a meeting organized by Mexico on "Climate Change", Davutoglu said, "the climate change has become one of the most important issues which requires an urgent solution as a global threat. First of all, we need to increase public awareness about climate change. Also, we all have to fulfil our commitments to combat negative impacts of the global warming. Otherwise, we cannot yield any results. Climate change is not a national matter. Actually, it is a matter concerning the very existence of the humanity in our planet."

Davutoglu said that the world needed a new regime to tackle with climate change, defining the new regime as transparent and fair. "The industrialized countries should pioneer development of environment-friendly technologies under their historic responsibility to protect the world," he said.

The Cyprus issue, Iran's nuclear program and recent developments in the Middle East were high on agenda of the meeting between Davutoglu and Hague.

The Turkish foreign minister also attended a meeting with his Syrian, Lebanese and Jordanian counterparts.

"As result of our talks in the last three months, we decided to develop cooperation among our countries in the sectors of trade, energy, transportation and tourism. We also decided to prepare an action plan for these sectors. Relevant ministers will convene in November. Cooperation will be coordinated by Jordan in transportation, by Syria in energy, by Lebanon in tourism and by Turkey in trade. We are also planning to host a summit in Istanbul in January 2011," Davutoglu added.

Meanwhile, foreign ministers of the Organization of the Islamic conference (OIC) member countries gathered at the annual coordination meeting on the sidelines of the UN General Assembly meetings.

They also expressed their wish that a fair and lasting solution would be reached on Cyprus till the end of the year and said that the inhuman isolation of Turkish Cypriots should come to an end.

OIC foreign ministers also appreciated the Tehran Agreement signed by Turkey and Brazil with Iran, and called on the international community to extend support to the agreement.

Davutoglu will chair a meeting at the UN Security council on fight against terror on Sunday. He is expected to proceed to Boston later in the same day.