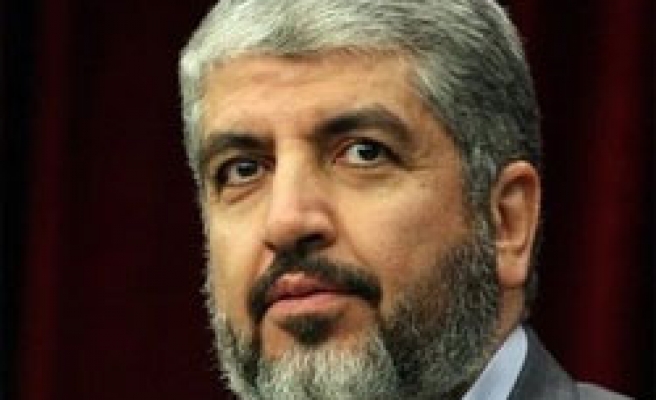 During Monday's meeting, the two men discussed efforts to heal the rift between Hamas and the Fatah faction of Palestinian president Mahmud Abbas, Anatolia said.

The Middle East peace process was also on their agenda, it said.

Meanwhile, Hamas said on its website the talks also covered "ways of breaking the (Israeli) embargo" on the Gaza Strip and that Davutoglu pledged Turkey would pursue its efforts to lift the blockade.

Davutoglu told Meshaal Ankara was still demanding an apology from Israel for the raid, compensation for the families of the victims and an international probe into the attack, the website reported.

Davutoglu visited Damascus on Monday for talks with Syrian President Bashar al-Assad before heading to Afghanistan for an international conference on the future of the war-torn country.

The meeting took place amid simmering tensions after Israeli commandos raided late May a Gaza-bound aid flotilla and killed eight Turkish activists and a U.S. citizen of Turkish descent.

The aid flotilla, spearheaded by a Turkish charity, had aimed to break the Israeli blockade of the impoverished Palestinian enclave and deliver tonnes of humanitarian supplies to its people.

Israel said it "eased" the blockade following international outcry in the wake of the raid.

Turkey's government harshly slammed Israel and withdrew its ambassador, as protests swept across the country.