Turkey's FM to give last warning to Syria

Turkish media says Davutoglu is expected to give a last warning and a message that if not any action made, Turkey may cut ties with Syria, to the government. 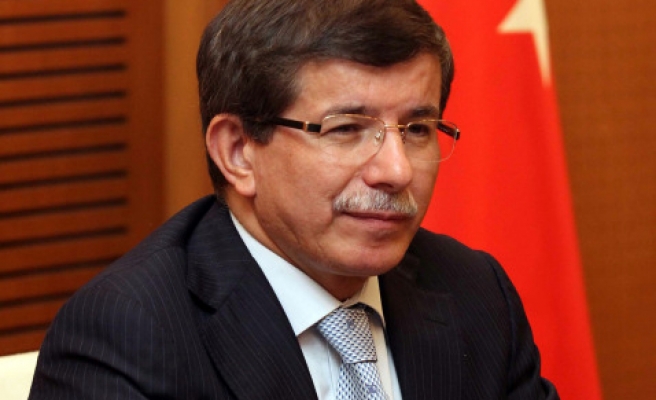 "Davutoglu will hold necessary meetings there, and convery our messages in a determined way," Erdogan said during a fast-breaking dinner in Istanbul.

Erdogan said Turkey would shape up upcoming process according to the response it saw from Syria during the minister's visit.

"We do not see Syria as a foreign problem, Syria is our domestic problem because we have a 850 kilometer border with this country, we have historical and cultural ties, we have kinship," Erdogan said.

Turkey, which until this year had close relations with Syria, has grown increasingly vocal in its criticism of President Bashar al-Assad's repression of a five-month-old popular uprising.

Tensions were exacerbated in June when more than 10,000 Syrians fled across Turkey's southern border from Syrian forces trying to stamp out the protests. Most are still sheltering in Turkish refugee camps.

Turkish media says Davutoglu is expected to give a last warning and a message that if not any action made, Turkey may cut ties with Syria, to the Syrian government.

Meanwhile, responding to Erdogan's announcement with a "clear message", Assad's adviser Bouthina Shaaban on Sunday said "If the Turkish Foreign Minister Ahmet Davutoglu is to deliver a firm message to Syria, he will hear more decisive reply regarding the Turkish stance which didn't condemn the brutal killing and crimes committed by the armed terrorist groups against the civilians, military and police members till now."

"If the Turkish government does not consider the issue of Syria as foreign matter due to the historic and cultural relations, Syria has always welcomed consultation among friends but it categorically rejected all regional or international attempts of interference in its internal affairs, Dr. Shaaban added.

President Abdullah Gul said on Tuesday he was horrified by Syria's armoured assault on the central city of Hama.

Assad sent an envoy to see Erdogan in June after the Turkish prime minister had slammed acts of "savagery" that had forced thousands of Syrians to flee to Turkey.