Davutoglu said that Israel's sea blockade would be taken to the court, adding that the Mavi Marmara issue was a private law matter. 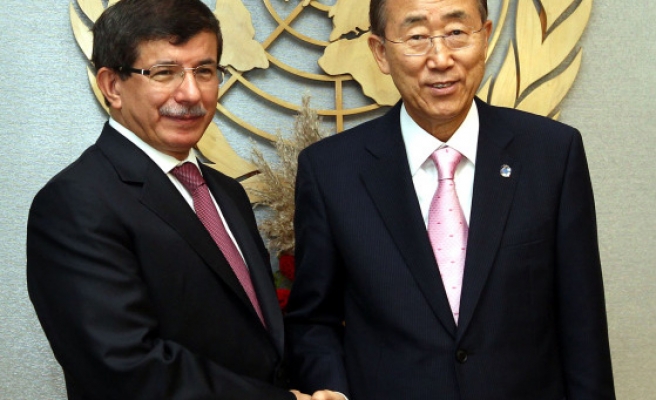 We currently support the recognition of a Palestinian state, and exert efforts to boost the support to Palestine, Davutoglu told reporters in New York on Tuesday.

We closely held contacts with Palestinian leader Mahmoud Abbas, Arab League and Organization of the Islamic Cooperation (OIC) during this process, said Davutoglu, adding that Turkey thought Palestinians' having the right to have a state was their most honorable demand.

Noting that UN General Assembly was representing the international community, Davutoglu said that the assembly's supporting the demand of Abbas was an important sign.

Davutoglu said that recognition of Palestine as an equal state as Israel was an easing element for peace, adding that Palestine's recognition in the UN would help restore peace in the Middle East.

Regarding Palmer Report on Israel's raid on a Gaza-bound aid ship of Turkey, Davutoglu said that Turkey expected justice, not mediation or objectivity, from the UN.

When asked whether Turkey would bring the siege on Gaza or attack on Mavi Marmara ship to International Court of Justice, Davutoglu said that Israel's sea blockade would be taken to the court, adding that the other issue was a private law matter.