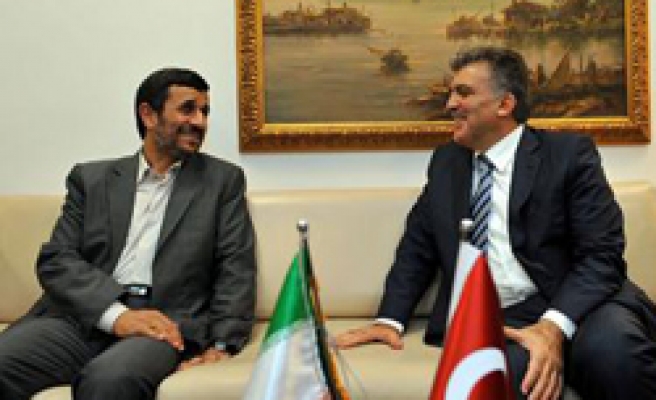 Turkish President Abdullah Gul separately met with Iranian President Mahmoud Ahmedinejad, Greek Prime Minister George Papandreou and President Dervis Eroglu of the Turkish Republic of Northern Cyprus (TRNC) within the scope of his talks at the UN in New York.

Gul's all three meetings were closed to the media.

Gul is currently in the United States to attend the 65th session of the UN General Assembly.

Answering a question on nuclear program of Iran, Gul said that diplomacy in regard to the matter started to function. "After voting in the UN Security Council, some talks and meetings were held and some statements were issued. Iran sent letters. Turkey played an active role during this process," he said.

"Nuclear program is not the only issue of the United States. The world is concerned about the matter," he said.

Responding to a question, Gul said that Turkey did not want to see nuclear weapon in its neighbor and in its region.

President Gul said Turkey was one of the countries which suffered most from wars and instability in Iraq since 1990 and the country could not bear another one.