Turkey's President Gul said that Turkey attached cardinal priority to the peace, stability and economic development of the Balkans. 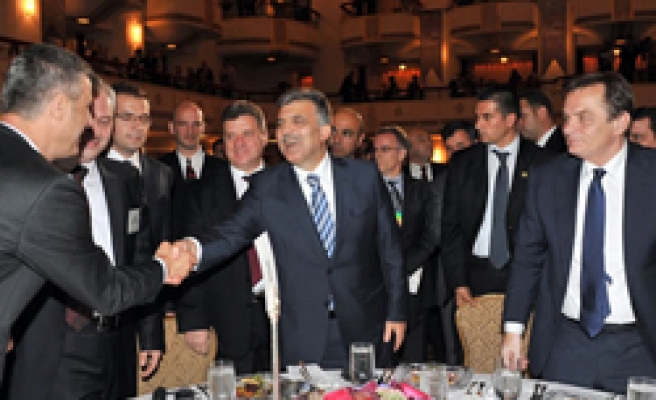 Turkey's President Abdullah Gul said that Turkey attached cardinal priority to the peace, stability and economic development of the Balkans.

Speaking at the UN General Assembly meeting in New York on Thursday, Gul said, "as a Balkan country, Turkey attaches cardinal priority to the peace, stability and economic development of the Balkans. In recent years, we have actively engaged in result-oriented initiatives in the Balkans by intensifying our high level bilateral visits to Belgrade and Sarajevo."

"In Kosovo, on the other hand, we must join our efforts for a constructive dialogue between Belgrade and Pristina. Therefore, we welcomed the adoption of the General Assembly resolution co-sponsored by Serbia and the EU," he added.

Gul said, "I believe that the integration of the Western Balkan countries with the European and Euro-Atlantic structures would be a decisive final step for the resolution of conflicts in the region."

"Our commitment to the Balkans will continue unabated in the future. International community's firm engagement in the region will also be crucial," he noted.