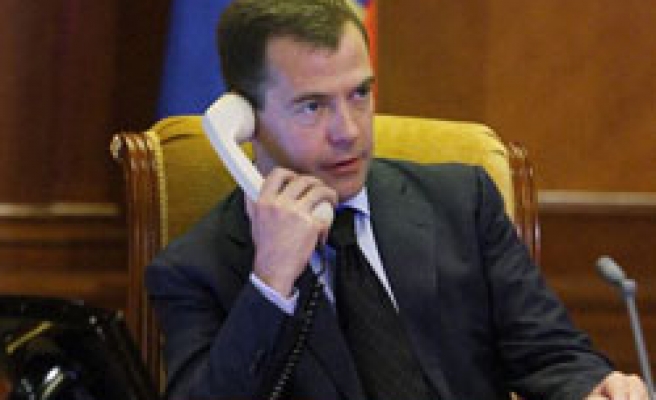 Information was not available on the content of discussions, although a statement from the president's office said the phone conversation which took place on Monday morning was “comprehensive.” The two presidents discussed bilateral relations, the situation in South Caucasus and other regional issues, according to the statement.

Turkey signed protocols with its Caucasus neighbor Armenia last year to normalize relations, severed since 1993, when Ankara closed its border and cut diplomatic ties with Yerevan in a show of solidarity with its regional ally Azerbaijan during an Armenian-Azerbaijani war over the occupied Nagorno-Karabakh region. The normalization efforts, however, are at a standstill amid mutual accusations that each side is trying to modify the agreement.

Gul and Medvedev also discussed recent fires in Russia, triggered by the country's worst heat wave in 130 years. Dozens of people were killed in thousands of wildfires that raged the country for weeks. Gul extended condolences to Medvedev, while Medvedev thanked Gul for Turkey's help in efforts to battle the fires.