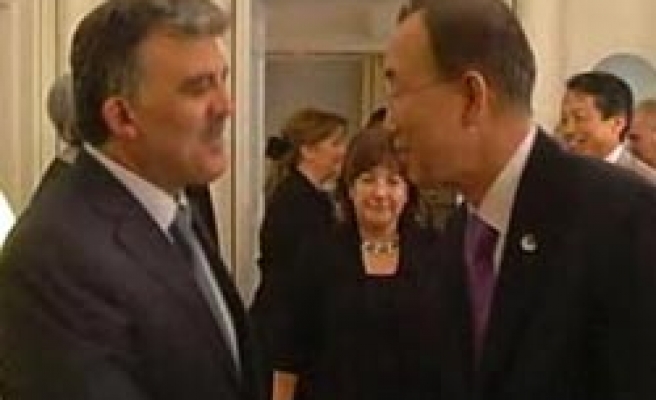 Turkey's President Abdullah Gul has said that everybody appreciated the role Turkey undertook regarding Iran issue.

Holding a press conference in New York, the United States on Sunday, Gul said that Iran issue would not be a special topic in the meeting of UN Security Council, but he would hold a bilateral meeting with Iran's president.

Gul is currently in the U.S. to attend the 65th term meetings of the UN General Assembly and hold several bilateral talks.

"I think the cooperation which was made with Turkey as well as Turkey's efforts for a better understanding between Iran and P5+1 (five permanent members of UN Security Council and Germany) will be discussed in the meetings. I think many leaders will save at least a few paragraphs to Iran issue in their speeches because it is one of the most important problems of the world today," noted Gul.

I don't expect a criticism will be made towards Turkey about Iran issue, added Gul.

Gul noted that everybody appreciated Turkey's role in Iran issue; some expressed the appreciation clearly and some did not.