The letter was delivered by Foreign Minister Ahmet Davutoglu when he visited Damascus and held talks with Assad on Tuesday. 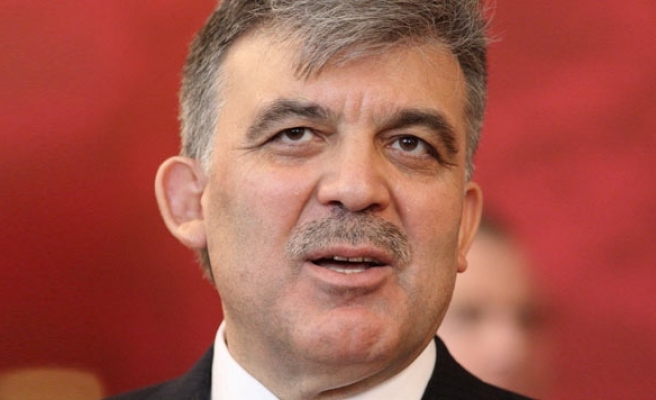 Turkish President Abdullah Gul has warned Bashar al-Assad not to leave reforms until it is too late in a letter delivered to the Syrian president earlier this week, state-run Anatolian news agency reported on Friday.

Part of a campaign of Turkish pressure on neighbour Syria, for whom Turkey has been an important ally, the letter was delivered by Foreign Minister Ahmet Davutoglu when he visited Damascus and held talks with Assad on Tuesday.

"I don't want to see you looking back one day and regretting that what you have done was too little and too late," Anatolian quoted Gul as writing in the letter, saying Turkish people were saddened by the bloodshed in Syria.

"Leading the change instead of being carried away by the winds of change will place (you) in a historical position," Gul wrote.

Davutoglu demanded this week that Syria's leaders stop the killing of civilians involved in unrest against Assad's autocratic rule, saying events in the coming days would be critical.

Turkish leaders, who once backed Assad, have repeatedly urged him to end violence and make reforms after street protests against his 11 years in power erupted five months ago.

Turkish Prime Minister Tayyip Erdogan spoke on Thursday with U.S. President Barack Obama about the violence in Syria and agreed that citizen demands for a transition to democracy must be met. Erdogan also said this week he hoped Syria would take steps towards reform within 10-15 days.

However the bloodshed has continued and activists said Syrian forces had killed at least 19 people in raids near the Lebanon border and in the country's Sunni Muslim tribal heartland.