People in Somali capital Mogadishu which has suffered for a long time, are now trying to leave those dark days behind. 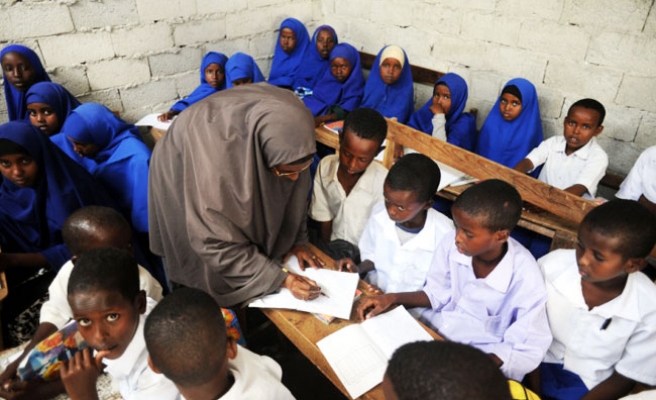 People in Somali capital Mogadishu which has suffered for a long time, are now trying to leave those dark days behind.

Mouhamed Fernais, a car dealer in Mogadishu, told the AA correspondent that Prime Minister Recep Tayyip Erdogan's visit had a positive and inspiring impact on Somali people, while Hussein Ashaira, a tailor, said that people had begun shopping again thanks to aid from Turkey.

Fortu Muhammed Hussein, who is smaller than a newborn although he was born one month ago, survived thanks to Turkish teams' intense efforts.

The tent city erected by Turkish Ministry of Health in Mogadishu, has given helping hand to many people so far.

"He could not grow up because of malnutrition. Although he was born one month ago, he is only 1.5 kg. He was suffering from respiratory problems and dehydration when we admitted him. Now, he is in a good condition. His respiratory problems were treated. Each child we cured is a source of happiness for us," she added.

Fortu's mother Dehave Adem Hussein said that she could have lost her baby without help of Turkish health teams. "Their presence is a great chance for us," she said.