The train with 20 wagons is expected to reach to Pakistan via Iran in 13 days. 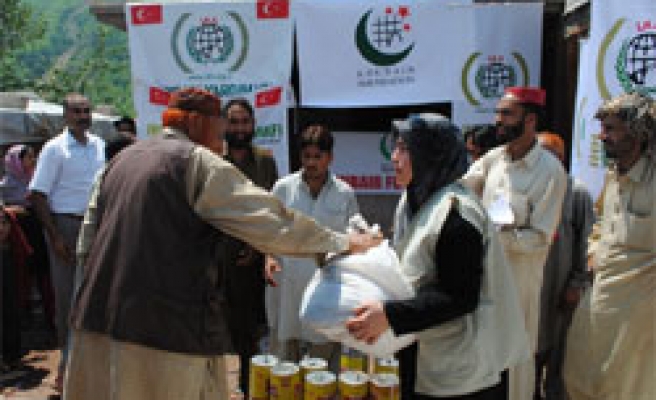 Turkish aid group said, it will send a relief train to flood-hit Pakistan as the same group also plans an aid ship that is one of the Turkey's Gaza-bound aid ships that were attacked by Israel on the May 31 raid.

IHH said in a statement, "the train that will depart fom Haydarpasa Train Station in Istanbul on Friday at 11:30 hours, will deliver 300 tons of emergency supplies to Pakistan".

The train with 20 wagons is expected to reach to Pakistan via Iran in 13 days.

A ceremony will be held for the departure of the train, which Pakistan's Consul General in Istanbul Dr.Yusuf Cuneyt is expected to participate.

Meanwhile, the second IHH team arrived in Pakistan and moved to the flood zone. Another IHH team stays in Islamabad to organize relief efforts. A soup kitchen has been established in Islamabad and five thousand people are being delivered hot meal every day.

Running away from flood, a thousand Pakistani families shelter problem was solved by the IHH in Islamabad. Many flood wictims who were placed in three schools by the Pakistani government also receives food and shelter needs from the IHH.

On the other hand, preparations for deployment of relief supplies by helicopter to the flood zones that cannot be reached by land are underway.

IHH will also send cargo planes to Pakistan next week for the relief effort.

Another health team, consisting of 10 people will depart from Istanbul to organize the assistance more effectively in Pakistan on Thursday. The team has two doctors, two nurses and one medical technician.