Turkey's prime minister said on Wednesday that remarks by Armenian President Serzh Sargsian on Upper Karabakh and Agri did not suit to a statesman and a president. 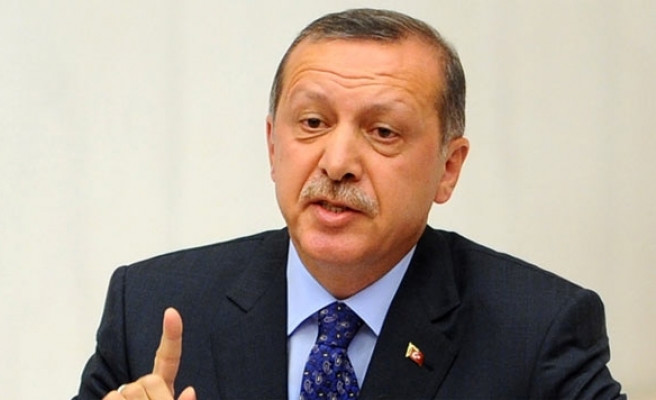 Turkey's prime minister said on Wednesday that remarks by Armenian President Serzh Sargsian on Upper Karabakh and Agri did not suit to a statesman and a president.

"Statements of Armenian president is not an expression or an approach that suits to a president. Equipping next generations with hatred and enmity does not suit to statesmanship," Prime Minister Recep Tayyip Erdogan said while speaking to reporters at a joint news conference with Azerbaijani President Ilham Aliyev in Baku.

Asked to comment on the remarks of Sargsian in which he said his generation liberated Upper Karabakh as part of their land and that it was the mission of the next generation to recover Agri, Erdogan said Turkish Foreign Ministry made necessary statement on the issue.

The Ministry of Foreign Affairs Tuesday condemned remarks by Sargsian during a contest on Armenian literature and language. The statement said, "one of the most important duties of a statesman is to prepare his/her own society, especially young people, for a peaceful, tranquil and prosperous future. It is completely irresponsible to advise young people by provoking enmity and hatred among nations. President Sargsian's remarks do not serve efforts to ensure peace in the region."

Erdogan said, "what Sargsian does here is provocation. It is efforts to equip his own youth with hatred and enmity. How will be the future of Armenian youth? Possibly dark in this course. They will look at the incidents with this dark glasses. They should definitely know that there is an occupation in Upper Karabakh and the occupiers are evident. Not only we say this, United Nations also says this. This should be solved. Armenian party is not affirmative for the solution so far. Azerbaijani party continuously displayed an affirmative stance. Sargsian made a very serious mistake here. He should apologize."

Referring to an agreement related to shipping of natural gas between the two countries, Erdogan said related officials would convene on Thursday and work on some articles. He said, "I hope we will reach a conclusion after Thursday's talks. We have given necessary directives."