President Abdullah Gul visited the Turkish Memorial Cemetery for World War I soldiers and tomb of an Ottoman dervish poet. 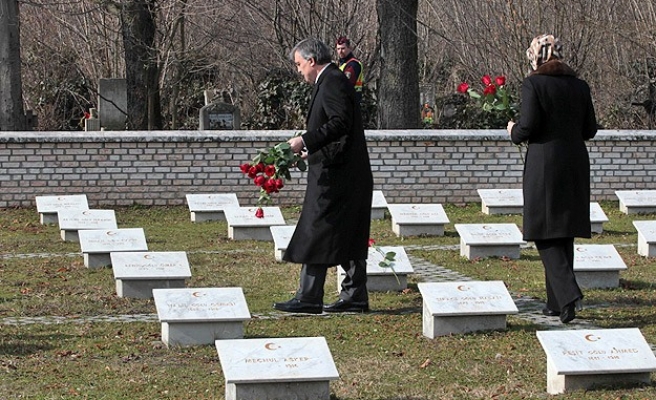 Turkey’s President Abdullah Gul visited the Turkish Memorial Cemetery and the Tomb of Gul Baba, an Ottoman poet, during his official visit to Budapest, the Hungarian capital on Tuesday.

Abdullah Gul laid flowers on the tomb commemorating the 480 Ottoman soldiers who lost their lives during World War I in battles in Hungary.

Later that day, he spoke at the Hungarian-Turkish Business Forum, where he urged the two countries to increase their annual bilateral trade from $2 billion to $5 billion.

Gul Baba's octagonal tomb, built by Ottoman authorities between 1543 and 1548, currently serves a museum and is among the few remnants from Turkish rule in Hungary.

Gul Baba, known as "Father of Roses," was an Ottoman Bektashi dervish poet and companion of Sultan Suleiman the Magnificent who took part in a number of campaigns in Europe from the reign of Mehmed II onwards.