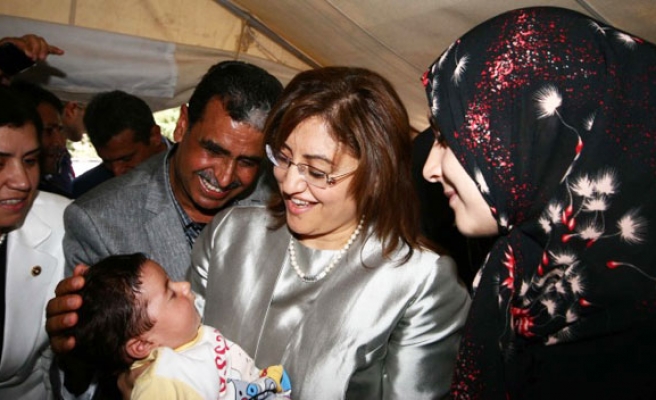 Turkey's family and social policies minister paid a visit to temporary tent-sites set up in the southern province of Hatay for Syrian citizens who escaped from violence in their country and took shelter in the tent-sites.

"The government is in a great effort to meet your needs and provide you shelter here as long as you want," Sahin told the Syrians.

Sahin said she would listen to wishes of the Syrian citizens, and that many problems seemed to be solved with great efforts of Premier Recep Tayyip Erdogan.

Sahin hoped that Syrian citizens would experience better days in the future.

Sahin chatted with children and women, listened to songs of children, visited Syrians who were receiving medical treatment in a field hospital.