Turkey's labour and social security minister Celik said it was so painful that circles who were talking about universal goals and human rights continued to be indifferent to incidents in Palestine. 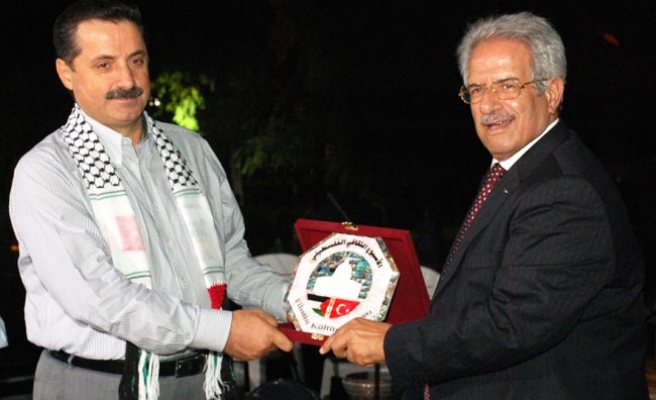 Turkey's labour and social security minister said on Thursday that Palestine was the longest bleeding wound in today's world.

Faruk Celik it was the duty of all humanity to stand by Palestinian people in their fight.

"When we are talking about Palestine, unmitigated agonies, never ending tears, burning hearts come to our minds instead of a country, a geography or a nation," Celik said during an event on the sidelines of Fourth Palestinian Culture Week in the southeastern province of Sanliurfa.

Celik said it was so painful that circles who were talking about universal goals and human rights continued to be indifferent to incidents in Palestine.

The minister said Turkey would continue to stand by Palestinian people as it had done in the past, and called on countries which had remained indifferent to Palestine so far, to take action.

Also speaking in the event, Palestinian Ambassador to Turkey Nabil Maarouf said Palestinian President Mahmoud Abbas visited Turkey last week, and then Turkey hosted Palestinian ambassadors all around the world in a meeting in Istanbul.

"Hosting the ambassadors' summit in Istanbul, we wanted to give a message that Turkey is the most important country in this region and we would like to offer our gratitude to Turkey for its support to the Palestinian cause," Maarouf said.

Maarouf also said this was the first step for Palestine's application to the United States for its recognition as a state, and Palestine wanted to initiate the process from brother Turkey, which had extended the biggest support and assistance to the Palestinian cause.