The Union of Turkish Chambers & Commodity Exchanges has decided to send financial aid to flood-struck Pakistan. 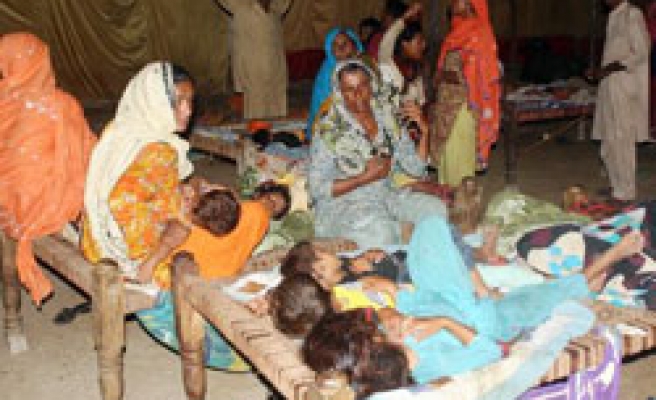 Rifat Hisarciklioglu, president of the TOBB, told a joint news conference with Pakistani Ambassador in Ankara Tariq Azizuddin on Thursday that they would send 1 million USD as a sign of sympathy with Pakistani people.

He expressed profound sorrow over loss of many lives in the disaster.

"Pakistani people have faced the biggest disaster in their history. One sixth of the country has been inundated by flood waters. Death tool reached 2 thousand and some 6 million people were left homeless and destitute. This disaster is much more destructive from the quake in Haiti. However, international relief could not reach the adequate levels," he said.

Pakistani Ambassador Azizuddin, on his part, said that his country had been living through the most difficult days of its history.

"The international community has not yet fully realized the dimensions of the disaster. Pakistan does not have the capability to overcome such a calamity on its own. There will be a meeting at the United Nations later today to draw the attention of the world to the disaster in Pakistan," the Pakistani Ambassador told reporters.

He also thanked Turkey for giving a helping hand to survivors.

Floods triggered by heavy monsoon rain have scoured Pakistan's Indus river basin, killing more than 2,000 people, forcing 6 million from their homes and disrupting the lives of about 20 million people.