"Of course [the seminary] should maintain its existence within framework of laws and regulations as it did in the past," Gormez said. 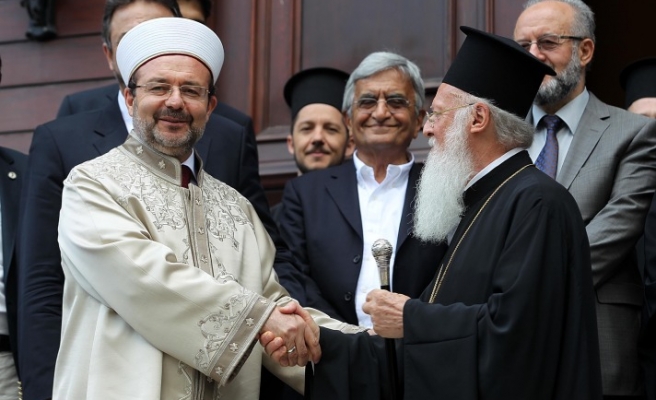 Head of Turkey's Religious Affairs Directorate Mehmet Gormez on Thursday met with Fener Greek Patriarch Bartholomew during a visit to the patriarchate in Istanbul.

"As the Religious Affairs Directorate, we consider non-Muslim citizens living in Turkey as an essential constituent of our country. And we believe that they have the right to educate their own children in line with their faith and train their own religious functionaries. We think that they should have the same rights which we want for ourselves in freedom of religion and faith, and freedom of education," Gormez told reporters after the meeting.

Gormez also said non-Muslim communities in Turkey should not be left in a position to seek help from other countries to educate their religious functionaries in an apparent reference to a debate over the reopening of the Greek Orthodox Halki Seminary in Istanbul.

The seminary which once educated priests for Turkey's Greek Orthodox community was closed in 1971.

"Of course [the seminary] should maintain its existence within framework of laws and regulations as it did in the past," Gormez said.