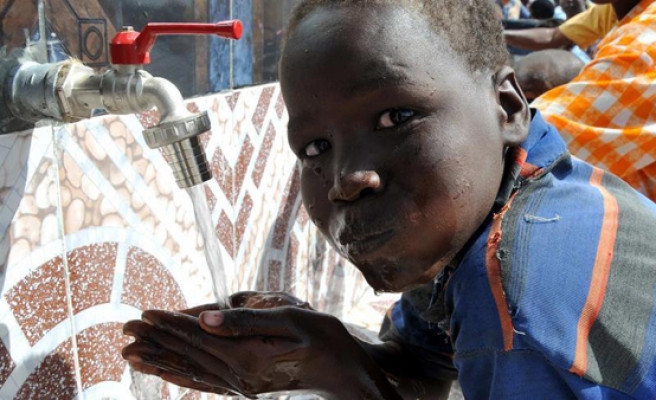 The Islamic Development Bank finances the wells and IHH provides the manpower, according to Dede.

“When we complete the project, we will have made, in total, a $6.1 million water well investment. We aim to complete the wells by 2017,” he said.

IHH has built around 6,000 water wells in Africa so far, the vice chairman added.

“There is so much need for water in African countries. It is almost impossible for them to build water well, as they have financial difficulties. So, our priority is these [African] countries,” Dede said.

The foundation will also train people in Somalia on how to use the wells.

IHH builds around 550 water wells annually around the world.

The country had appeared to inch closer to stability with the recent installation of a new government and the intervention of African Union troops tasked with combatting al-Shabaab militants.

According to the UN, more than 13 million people across the Horn of Africa have been affected by drought and more than 4.7 million in Somalia are in need of humanitarian assistance.

Turkey has been one of the most visible foreign countries to help war-torn Somalia rebuild its crumbling infrastructure.

Ankara has launched various development and infrastructure projects in the country in recent years, ranging from health and sanitation projects to the construction of roads and buildings.

According to Deputy Prime Minister Lutfi Elvan, Turkey’s investment in Somalia has reached around $100 million.