Many activities were planned for the 10th anniversary of the establishment of the AK Party, but the humanitarian crisis in Somalia was the focus. 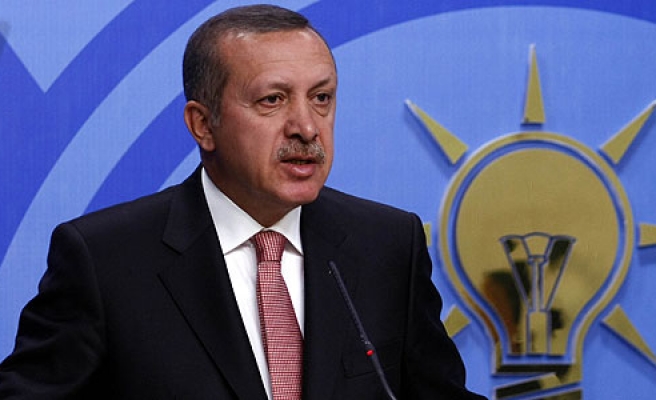 What began with a plan to hold an iftar (Ramadan fast-breaking meal) in every district of İstanbul to celebrate the 10th anniversary of the Justice and Development Party (AK Party) turned into a humanitarian aid campaign for Somalia in which 100,000 SMS messages were sent at the same time on Sunday night.

Many activities were planned for the 10th anniversary of the establishment of the AK Party, but the humanitarian crisis in Somalia was the focus. To celebrate the anniversary, Deputy Prime Minister Bülent Arınç and AK Party İstanbul Provincial Chairman Aziz Babuşçu organized iftar dinners in every district of İstanbul, with the goal of reaching 100,000 SMS messages making donations for Somalia.

Arınç was the first to send an SMS message, during an iftar at Bayrampaşa Stadium. Addressing the crowd before iftar, Babuşçu said that as they were breaking their fasts, there were millions in Africa who do not even have a morsel of bread or water to break their fasts. Babuşçu then invited Arınç to the podium to help launch the SMS campaign for Somalia.

"At the start of iftar dinner, we are doing a good deed simultaneously with close to 100,000 of our brothers. May God accept it," Arınç said.

People from all over the nation participated in this huge campaign, initiated by the Prime Ministry, Bozdağ said, but he added that the aid campaign is not over. "This continues of course. Contributions are increasing every day. I believe the assistance will continue," he said.

Bozdağ said that the drought crisis in Somalia is a great human tragedy and that everyone should do what they can to help.