Turkish FM Davutoglu met with FM Alkalaj of Bosnia-Herzegovina and FM Jandrokovic of Croatia as part of his talks in New York. 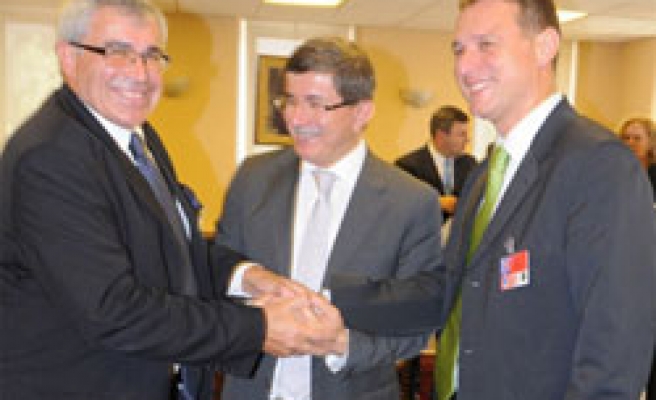 Diplomatic officials said that Turkey, Bosnia-Herzegovina and Croatia aimed at boosting cooperation and three ministers were eager to hold meetings every three months.

A joint statement released after the meeting said that the recent developments in the region, upcoming elections in Bosnia-Herzegovina as well as political and economic relations among the three countries were high on agenda of the meeting.

During the meeting, the ministers highlighted importance of Bosnia-Herzegovina's territorial integrity and sovereignty.

The ministers also agreed to organize a meeting on the level of political directors, hold a Business Forum in Zagreb and restore the municipal building in Mostar in order to develop cooperation ties among the nations.

Davutoglu is expected to hold another tripartite meeting with foreign ministers of Bosnia-Herzegovina and Serbia in New York within next few days, officials said.