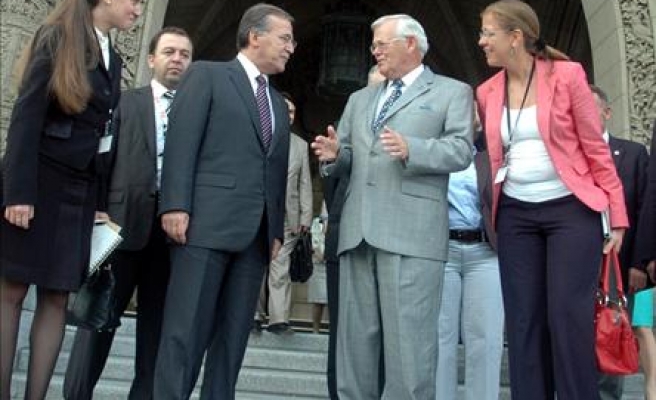 Turkey's parliament speaker, who is currently in Canada to hold a series of talks, assessed Canadian federal senate's 2004 dated decision on the Armenian allegations on incidents of 1915 during his recent meeting with the speaker of the Senate of Canada.

During the gathering, Sahin told his Canadian counterpart that parliaments were not the authorities to make judgements on historical matters, officials said.

Moreover, Canadian Senate Speaker Kinsella said that the protocols signed by Turkey and Armenia in the recent term constituted a progressive step in the process.