Turkish Deputy Premier Bekir Bozdag held a series of talks in Macedonia and Kosovo on Saturday. 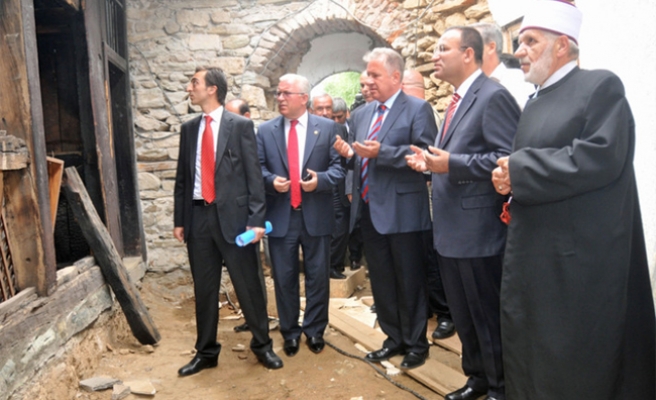 Turkish Deputy Premier Bekir Bozdag held a series of talks in Macedonia and Kosovo on Saturday.

As part of his visit to Macedonia, Bozdag was first received by Macedonian President Gjorge Ivanov. The deputy premier later paid a visit to the Balkan University and got together with a number of high-level officials including Deputy Premier Musa Xhaferi, State Minister Hadi Neziri, several deputies, political party leaders and religious officials.

After visiting various historical places, Bozdag and the accompanying delegation proceeded to Kosovo.

During the meeting between Bozdag and Pacolli, bilateral relations were discussed, as Bozdag expressed the importance Turkey attached to Kosovo's independence and integrity.

"We will continue to stand by independent Kosovo," he said.

Pacolli, on his part, thanked for Turkey's support to Kosovo and said that relations and cooperation between the two countries should be further improved.

Bozdag, finally, met with Naim Tirnava, the head of the Islamic Union of Kosovo. Restoration of the Ottoman artifacts in Kosovo as well as the cooperation between the religious authorities of the two countries were on the agenda of the gathering.