The monument is known as the most ancient Ottoman work in Kosovo, since it was built in the 14th century. 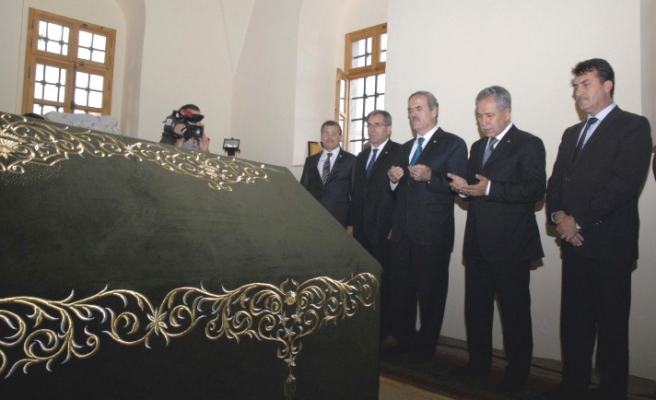 Turkish Deputy Prime Minister Bulent Arinc said on Wednesday that they felt honoured that Turkey was among the first to recognise Kosovo's sovereignty.

Arinc attended a commemoration ceremony at the Tomb of Sultan Murat in Pristina.

Delivering a speech in the ceremony, Arinc said that Turkey would be always beside Kosovo in its every step.

Murat I died in the Battle of Kosovo (1389), and his remains were taken to Bursa and buried in his tomb. But his son Bayezid I still made another tomb in Kosovo in the name of his father. The monument is known as the most ancient Ottoman work in Kosovo, since it was built in the 14th century.

Meanwhile, Arinc said that Turkey did not have any concerns regrading the economic crisis in the world.

We don't expect any negativity in Turkish economy, added Arinc .

Arinc told reporters that the United State and Europe were negatively affected from the global economic crisis, adding that all economic institutions and Central Bank in Turkey took required measures. Arinc said that economic indicators were positive thanks to the measures.

Regarding his visit to Kosovo, Arinc said that this was his first visit to Kosovo as deputy premier, adding that relations between the two countries were very good.