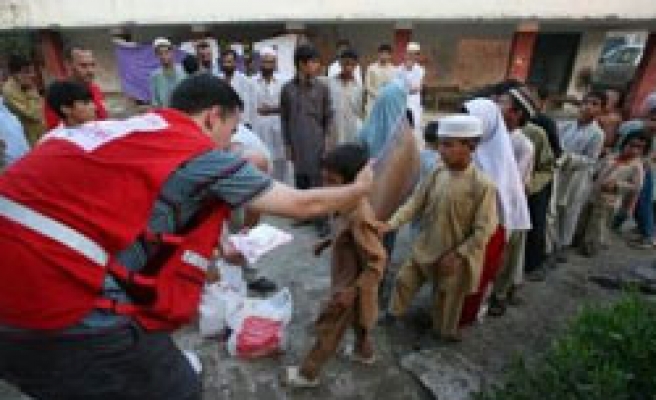 18 million Turkish liras (TL) has been collected in bank accounts within the scope of an aid campaign aiming at helping flood-hit Pakistan, doubling the previous number, Prime Ministry said on Wednesday.

A statement by Natural Disaster and Emergency Management Directorate of Prime Ministry said that as of Wednesday, 15.8 million TL, 474,491 U.S. dollars and 667,547 euros have been collected in three separate bank accounts opened within the scope of a circular signed by the Turkish prime minister.

After the disaster, Turkey sent 8 cargo planes full of nearly 244 tons of medicine, food, clothing and tents to Pakistan, and most recently, two mobile hospitals and 40 medical personnel to be deployed in the country's Sind and Belucistan states.

"Gul talks to Zardari by phone"

A statement by Presidential Press Center said on Wednesday that Gul informed Zardari about Turkey's assistance to flood-hit Pakistan and asked Zardari what could be done more for Pakistan during conversation.

Zardari said he appreciated Turkish people's and state's assistance and Pakistan would be pleased with continuation of supports.