Davutoglu said, "the same visit will be made to Deir ez Zoor. It's important that Turkish Ambassador had access to Hama, this is the first step." 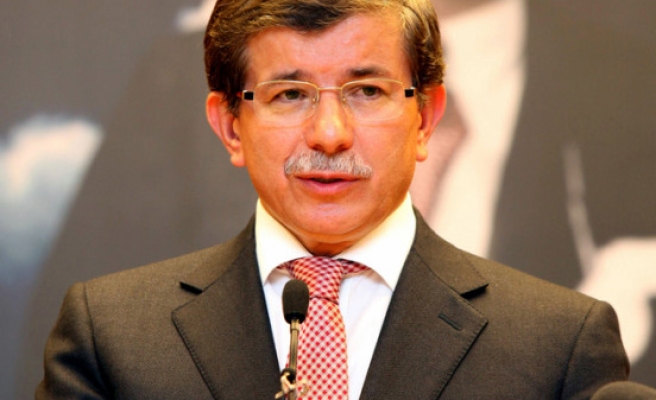 Turkish Prime Minister Tayyip Erdogan said on Wednesday he hoped Syria would take steps towards reform in 10-15 days and that Ankara gave a clear message to Damascus to halt bloodshed resulting from its brutal repression of pro-democracy protests.

Erdogan, whose Foreign Minister Ahmet Davutoglu visited Syria on Tuesday for talks with President Bashar al-Assad, said Turkey's ambassador to Damascus had visited the besieged city of Hama and reported back that tanks were leaving the city.

Davutoglu also said, "our ambassador in Syria visited Hama today and confirmed that tanks have retreated from the city, he'll also submit a report.

"The same visit will be made to Deir ez Zoor. It's important that Turkish Ambassador had access to Hama, this is the first step", he added.

"In Syria, the state is pointing guns at its own people," Erdogan said.

"Turkey's message to Assad is very clear: stop all kinds of violence and bloodshed," he told a meeting of his ruling AK Party in the capital Ankara, calling on Damascus to meet the democracy demands of the Syrian people.

"We hope that within 10-15 days this will be realised and steps will be taken toward the reform process in Syria," Erdogan said.

He added that news of the tanks leaving Hama, scene of a fierce military crackdown this month in which rights groups say up to 300 people have been killed, showed that Turkey's efforts were generating positive outcomes.

Davutoglu went to Damascus to press home earlier calls for an end to the military crackdown on mass street protests against 41 years of autocratic Assad family rule that erupted five months ago and have spread to much of the country.

Turkey, which had been one of Assad's few remaining friends in the Middle East, has become increasingly impatient amidst mounting international outrage over a death toll in the violence said by rights activists to have exceeded 1,600 people.

Davutoglu said when he returned to Ankara on Tuesday evening that the coming days were critical, without saying what Turkey might do if Assad's crackdown continued and the death toll rose.