Turkish executives arrived in Kyrgyzstan on Sunday to hold talks in Bishkek, Jalalabad and Osh. 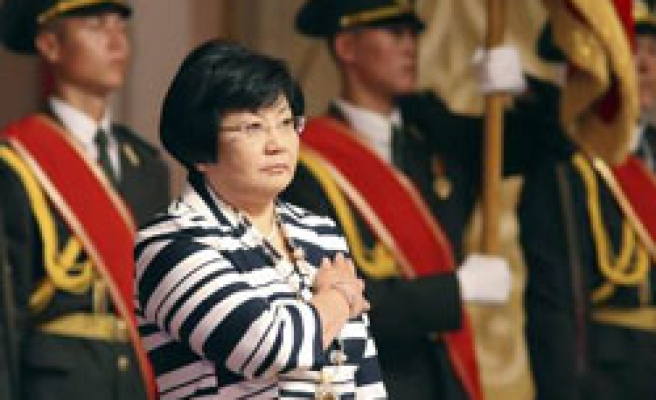 Turkish executives arrived in Kyrgyzstan on Sunday to hold talks in Bishkek, Jalalabad and Osh.

The delegation, headed by Hakki Akil, the deputy undersecretary of the ministry, will meet Amangeldi Muraliev, the first deputy prime minister of the interim government, and Foreign Minister Ruslan Kazakbaev in Bishkek on Monday.

On Tuesday, Turkish executives will visit Osh and Jalalabad provinces, where clashes occurred between Kyrgyz and Uzbek people in June.

Kyrgyz Deputy Prime Minister Jantoro Satybaldiev responsible for reconstruction of the south will receive Turkish delegation in Osh, and will discuss a joint action plan.

The delegation will visit Jalalabad the same day, and meet 15,000 Meskhetian Turks living in south Kyrgyzstan.

Turkish executives are expected to meet President Roza Otunbaeva and Murafaddin Sakimov, the head of the Meshketian Turks Association in Kyrgyzstan, on Wednesday, visit Turkish universities in Bishkek.

The delegation will return to Turkey on August 26.