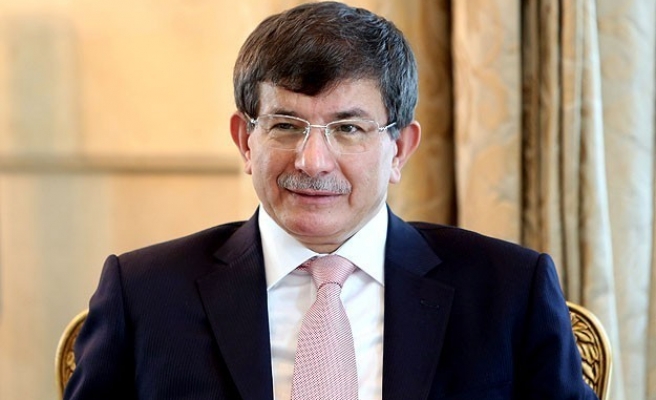 Davutoglu discussed with Venizelos the recent developments on the Cyprus dispute.

Davutoglu reiterated that all related states, particularly the guarantor states, must support the settlement process in  Cyprus.

Venizelos expressed gratitude over the developments in the solution process.

On Friday, the Turkish Republic of Northern Cyprus (TRNC) and Greek Cypriot administration agreed on a 'joint statement' that paves the way for the resumption of U.N.-sponsored negotiation to reunite the island, and TRNC announced that negotiations are scheduled to resume the following week.

The eastern Mediterranean island of Cyprus has been partitioned since 1974 when a military coup that attempted to unify the island with Greece was followed by a Turkish military intervention.

Peace talks between the Turkish Republic of Northern Cyprus and the Greek Cypriot administration continue under a United Nations initiative.

Davutoglu also held talks with Bosnia's Bakir Izetbegovic over the phone and discussed the latest developments in Bosnia and Herzegovina and the current situation of Turkey-Bosnia relations.