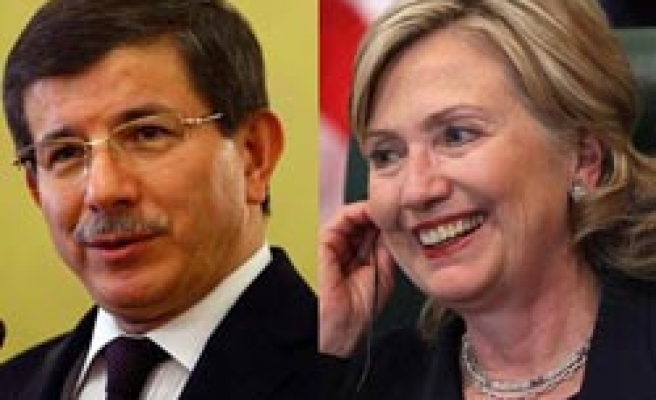 Clinton and Davutoglu took up upcoming elections in Afghanistan and congratulated each other on the success of Turkish and U.S. basketball teams that played the FIBA 2010 World Championship final.

The United States clinched the top title in the 2010 World Basketball Championship with a 81-64 win over hosts Turkey in Sunday's final game in Istanbul. The Turkish team became the silver medalists.

Diplomatic sources said the phone talk was a continuation of one that took place between U.S. President Barack Obama and Prime Minister Recep Tayyip Erdogan.

On Sunday, Obama spoke to Erdogan by phone and said result of the referendum would further strengthen Turkish democracy.