The Turkish foreign minister has said members of a parliamentary human rights commission would be granted access to a camp in southern Turkey where defected Syrian military officers currently stayed. 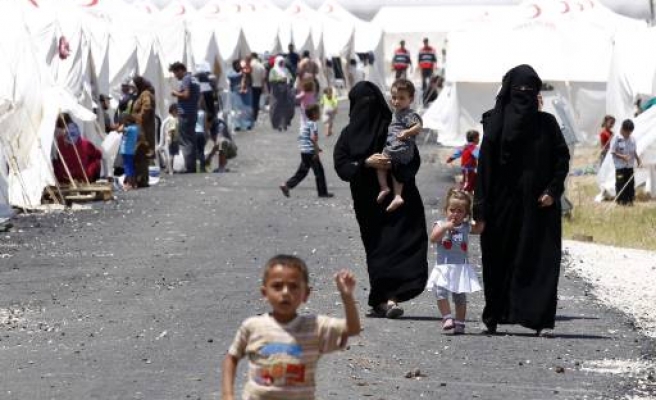 The Turkish foreign minister has said members of a parliamentary human rights commission would be granted access to a camp in southern Turkey where defected Syrian military officers currently stayed.

Turkish Foreign Minister Ahmet Davutoglu held a press conference at Ankara's Esenboga Airport on Wednesday, prior to his departure for New York where he is scheduled to participate in a session of the UN Security Council on Syria.

Upon a question on news reports claiming that a Republican People's Party (CHP) deputy has not been permitted to visit the Apaydin camp in Hatay province, Davutoglu said Turkish Parliament's Human Rights Commission would today file an application with the Ministry of Foreign Affairs demanding access to the camp and its request would be accepted.

"After an assessment of the matter with our prime minister, we have decided to respond positively to such demand. The relevant parliamentary commission and all its members, whom we believe will act with sense of responsibility, can be provided access to Apaydin camp and elsewhere," Davutoglu told reporters.

Davutoglu said efforts to build a perception as if the government tried to close down a certain area were misleading.

He also said CHP deputies' recent attempt to visit the Apaydin camp was rather an act of imposition, adding that applications in line with procedures were never overlooked.

The minister noted that demands for entry to the camps together with journalists would not be permitted as provocative press statements to be delivered by parliamentarians in such an atmosphere could be harmful.

"Our expectation from all our parliamentarians and NGOs during such a fragile period is to act responsibly and give priority to humanitarian concerns and Turkey's national interests," the minister said.

Davutoglu also underscored that accommodating foreign army defectors in a separate camp was not a choice, but a legal necessity. "This practice is in line with national regulations and UN standards," he said.