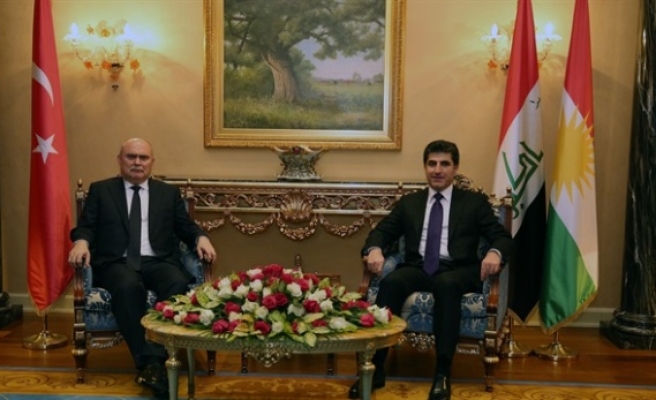 Sinirlioglu met with Nechirvan Barzani, prime minister of the Kurdish Regional Government (KRG), with whom he discussed regional developments and Ankara’s relations with the KRG, according to a statement issued by the latter.

The Turkish FM also stressed the need for expanding cooperation between the two sides, especially in terms of the ongoing fight against terrorism.

Barzani, for his part, congratulated the Turkish people on Sunday’s parliamentary election, voicing hopes for stepped up Turkey-KRG relations.