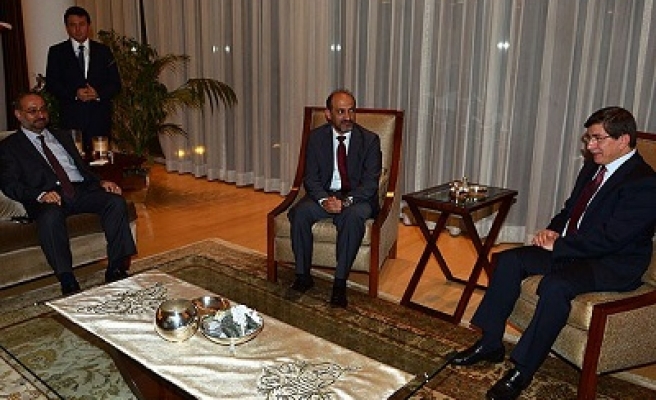 Turkish Prime Minister Ahmet Davutoglu on Sunday met with representatives of the Syrian National Coalition (SNC) in the Turkish capital Ankara ahead of his trip to Paris for a four-way meeting between three permanent Security Council members and Turkey on Syria's chemical weapons, diplomatic sources said.

The Turkish Foreign Minister congratulated Ahmad Tuma on his recent election into the leadership of the interim government, while welcoming the SNC's efforts to increase its representative power within the Syrian opposition.

Davutoglu noted it would be a positive step for Syrian Kurds to participate in the coalition.

Davutoglu will depart for Paris on Monday for a meeting dubbed "P3+1" between the US, UK, France, and Turkey.